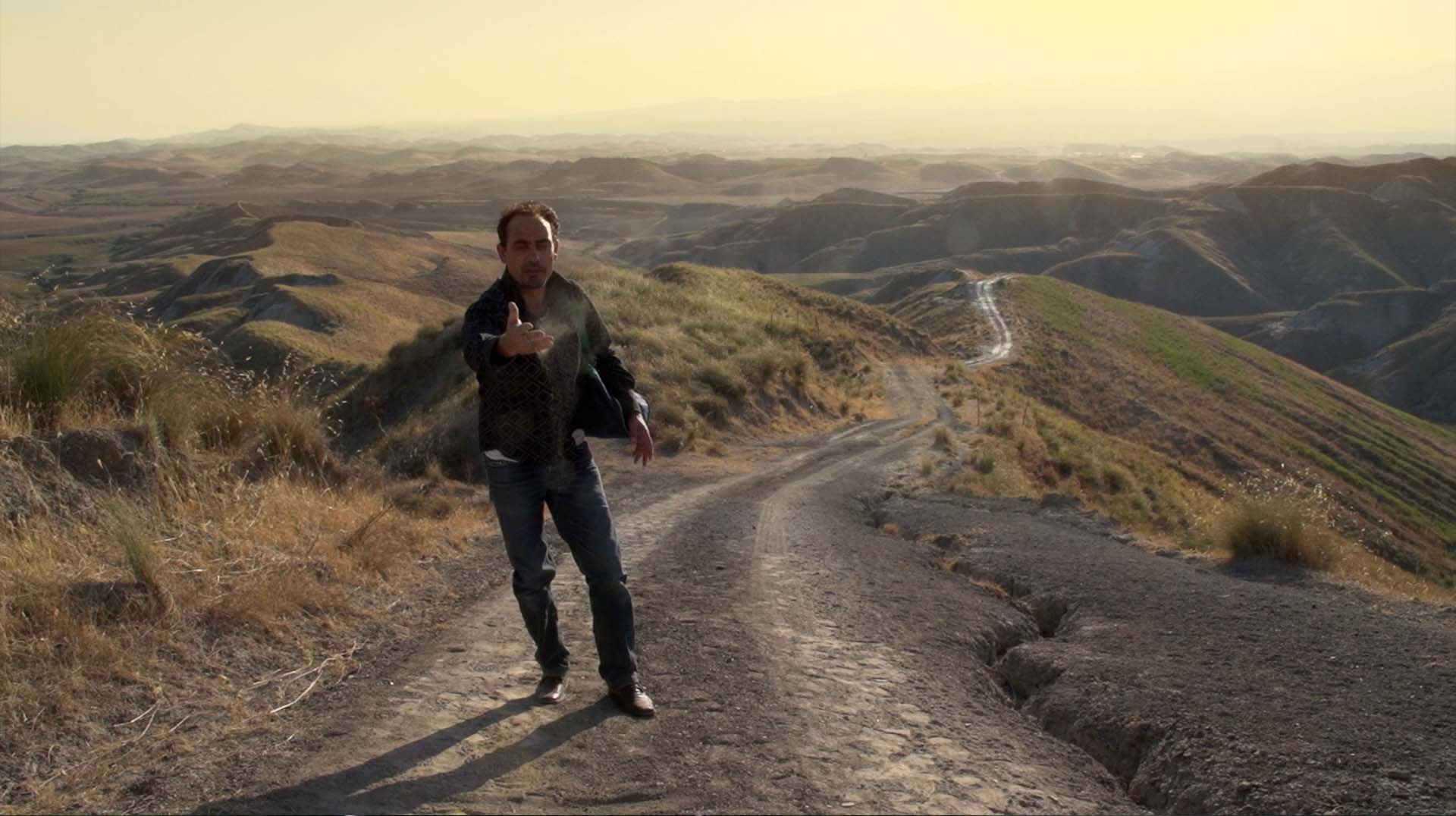 SYNOPSIS
In a future which is already past, among the ghosts and the remains of a failed progress, we come across a humanity wandering on the edge. A humanity which is trapped in a fence without gates, which is indifferent to those who win and those who lose, indifferent to others’ dreams of development, indifferent to a train that will probably never arrive or that nobody will maybe never catch. Have you seen a dog? 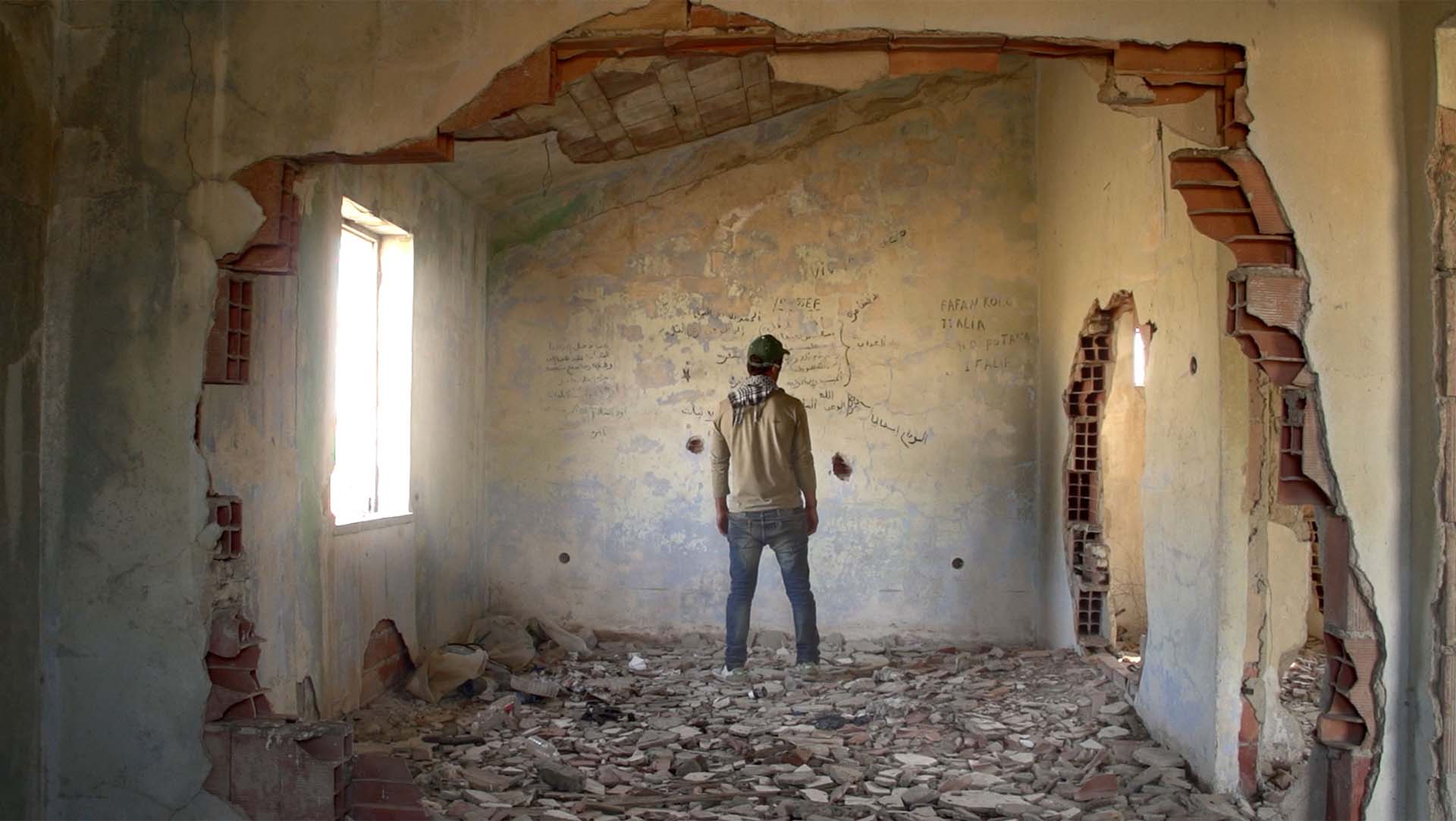 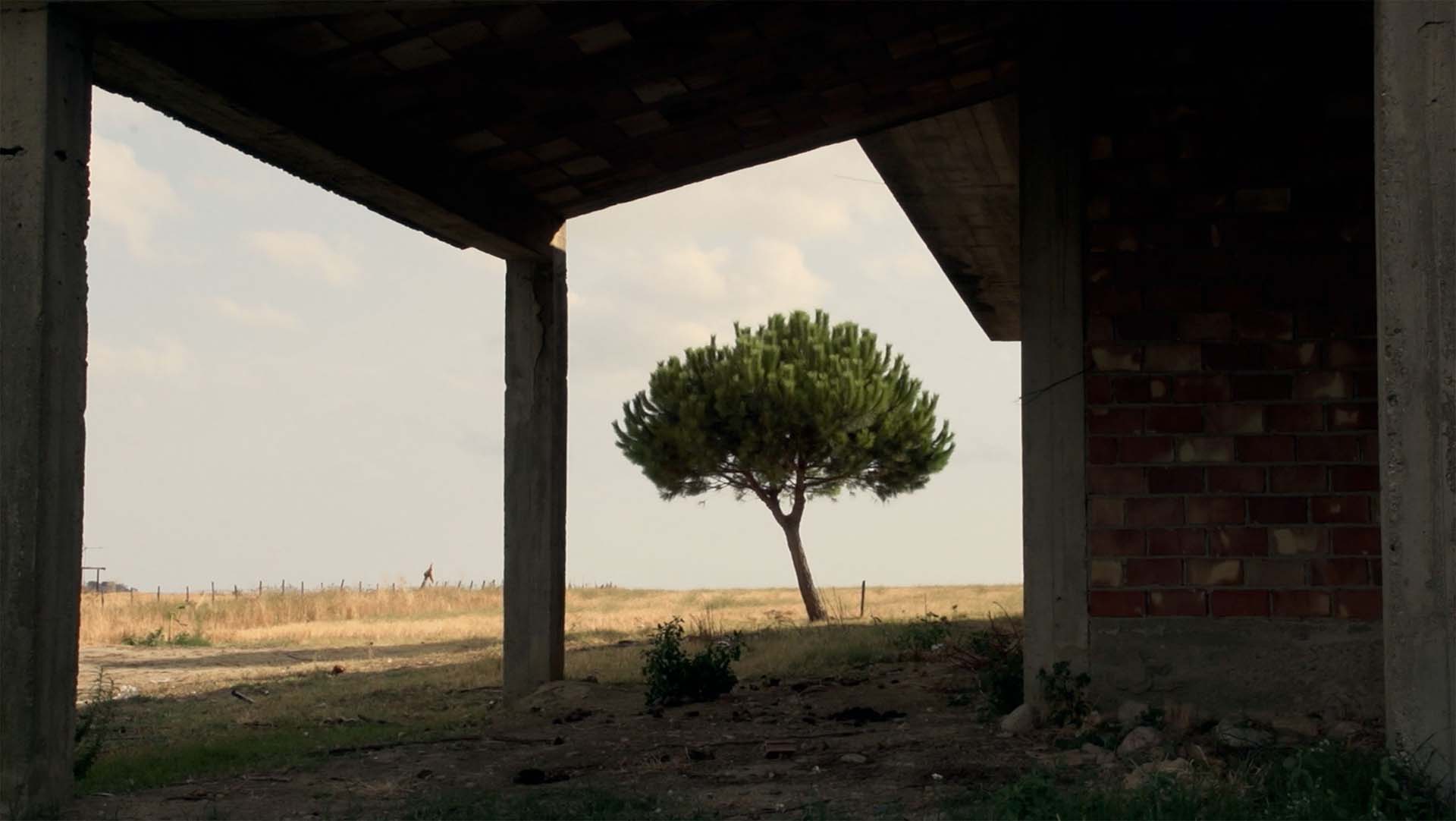 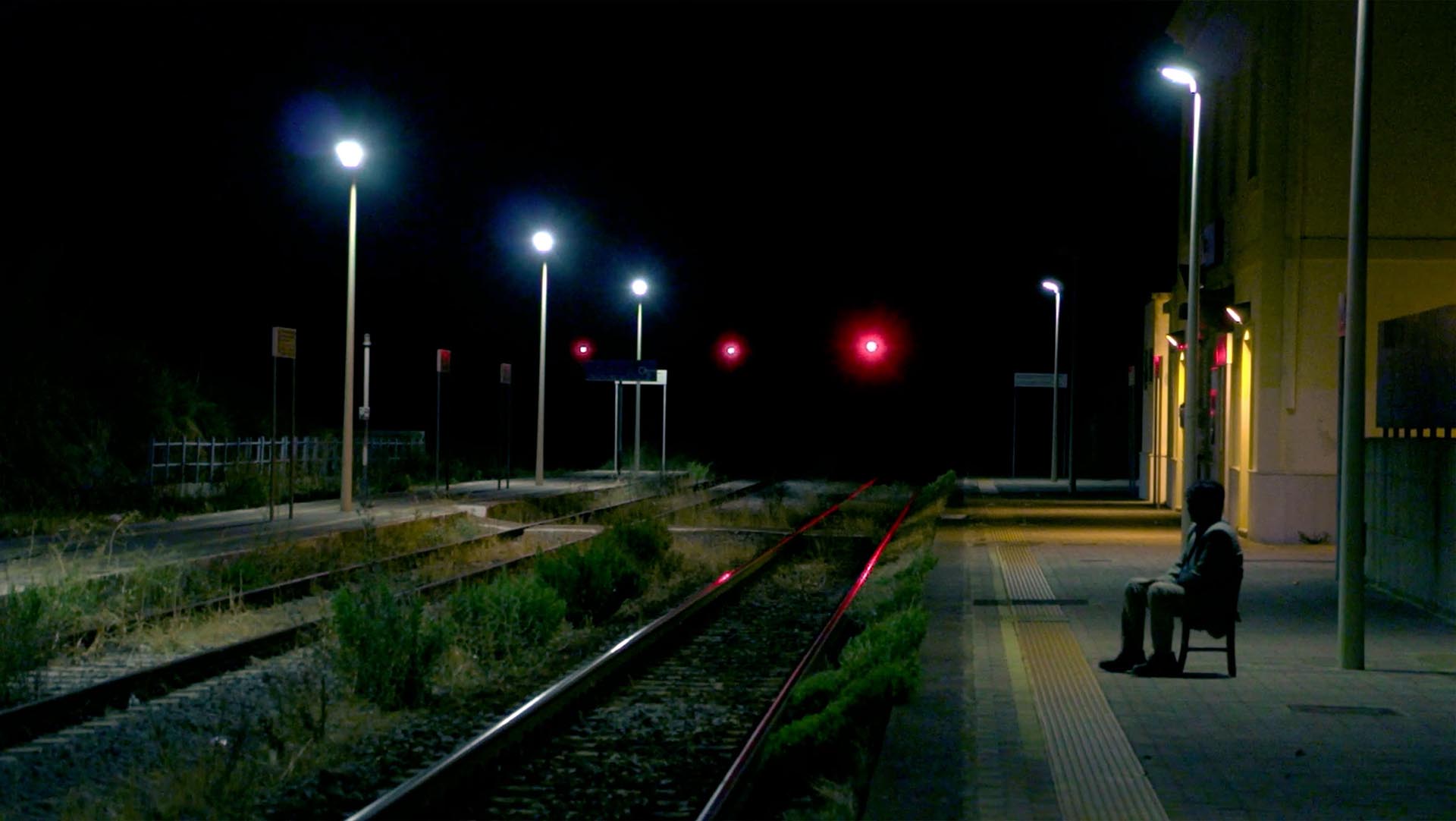 PLAGUE is set in the places where I grew up.

In 1959 Pasolini described these places as follows:
« […] Here it is, unfolding upon yellow dunes, on a sort of plateau: Cutro. […] This is the place that most impressed me of the entire trip. It truly is the bandit land, the one you watch in some western movies. […] You can feel it, I don’t know what about it makes you feel it, that we are outside the law, the culture of our world, on another level. There is a flick of extreme freedom, almost madness in the smile of young people, coming home from their awful work. […] But all around, you can feel the emptiness and the silence of a background that scares you. »

Here is Orano, a port town like many others, affected by a terrible epidemic, which Camus speaks about. Here are the yellow dunes which Pasolini describes, surrounding the bandit land. The Plague in the Bandit Land.

A middle-earth, which is not like it was before and not yet like it should become. A non-ultimate condition which is suspension and waiting. It’s not about the bubonic Plague and not even the plague intended as epidemic and infection; here the plague is an external event, an immutable
condition, an event which is too big to be fought, but which only finds a glimmer of hope in the wait. This condition of living in a middle-earth while waiting for an end or a new beginning is the main analogy this short film has with “The Plague” by Camus.

PLAGUE is a short film where the encounter between fiction and reality represents one of its key points. There are two elements involved in this: the offscreen and the interaction with the camera. The offscreen interrupts actions, dialogues, projects and thoughts, in a dreary landscape, confused by the signs of different eras that have followed over time, leaving just debris behind. The offscreen comes up into the frame, it fills in the field, the same way the deafening ‘Ndrangheta’s silence does and the absence and distance of a State, whose silence makes the same noise of a gunshot echo in a remote valley of yellow dunes. The same deafening noise of a train which will never arrive or will pass by without stopping, or like a music which suddenly makes you feel like dancing and forgetting everything, at least for a moment. 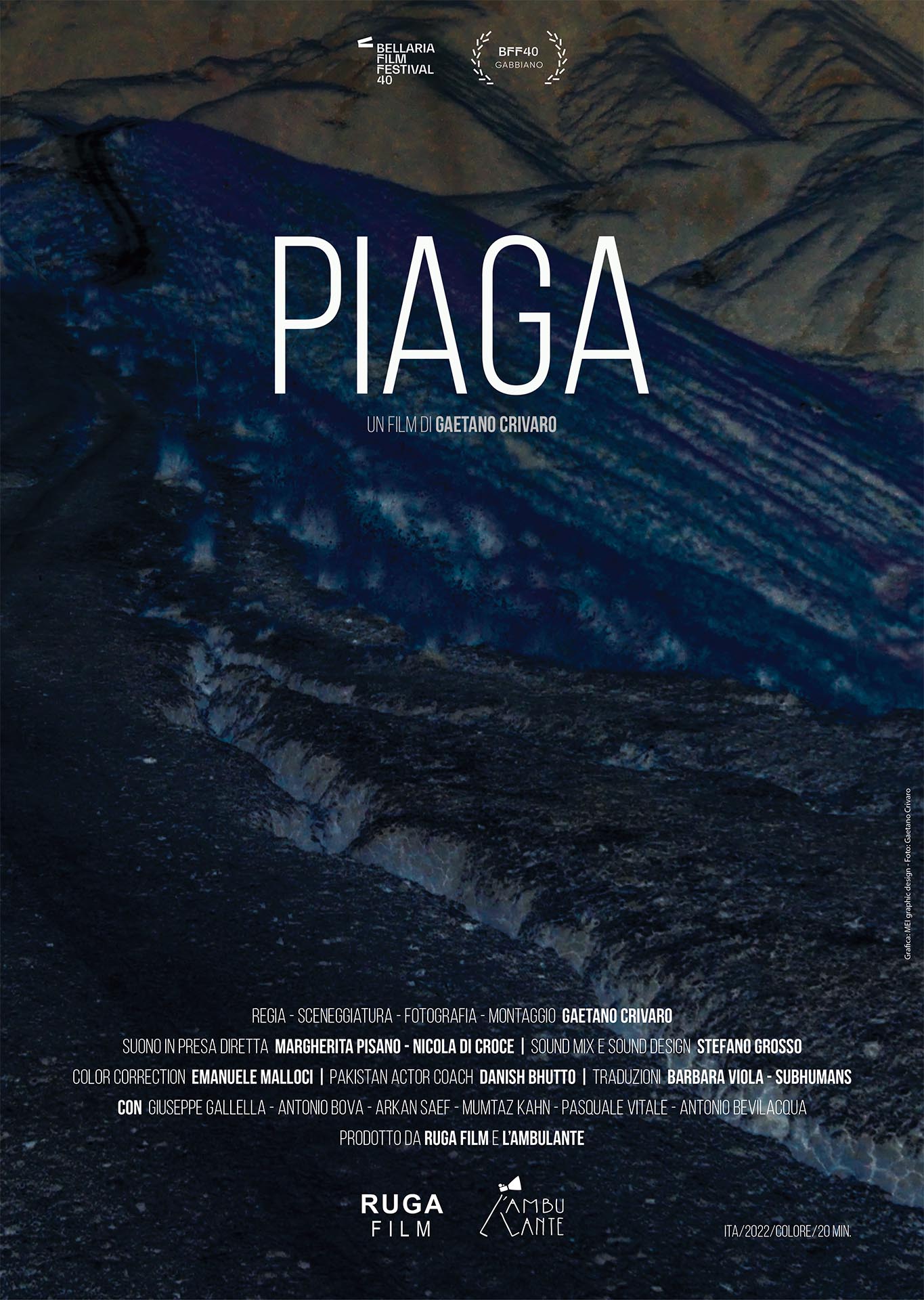